Comparing The Stability of Banks and Insurance Companies

What do you think?

When something new and out of the ordinary is introduced there is one of two reactions. It’s either accepted or hated and from both ends come the very same questions.

“How secure is the life insurance company?” is an important question. It comes from the conditioned thinking that we talk about in the first chapter of Farming Without The Bank and Wealth WIthout The Bank or Wall STreet. The question originates from the fact that we don’t hear much about life insurance companies or even know much about them. You have probably never heard of the companies that I use and I’m ok with that.

If you’re thinking, “I never really thought of a life insurance company as a place to store and create wealth.” then you’re not alone. The information, case studies, and real examples in my books are based on hard-working American’s who came from the same place as you did. I want you to be aware of another option that doesn’t have the risk and has proven itself safe over time.

Here’s why the life insurance companies that I use for my client’s policies are safe and secure:

What people don’t understand is that a large percentage of the mutual companies that exist today have been around for more than 100 years. One company I work with has been around for 140 years as of 2016 – so when I say over hundred I mean well over a hundred. Again, have you heard of them before your ran into me? They are not table conversation like the stock market or banks, but we do have to look at the history of these institutions. No one wants to put money into a system that is going to leave them broke, right? That is why I left the stock market!

Many people feel the banks are safe because they are FDIC insured and ask me , “What kind of insurance does the life insurance company have?” Here’s the answer:

The August 2015 edition of the LMR, L. Carlos Lara said it best in his article A Closer Look at Commercial Banks:

of such potentially long durations as those found in life insurers. Obviously, a lot can happen to the financial strength of the entity that supports these promises over such a long period of time. Consequently, the financial strength and integrity of a life insurance company are more indispensable to its customers than is true of most other firms.

Like commercial banks and the securities industry,the life insurance industry is among the most heavily regulated sectors in operation today. However, unlike the commercial banks and investment banks, which are regulated by the federal government, the individual state governments oversee the insurance industry and they are the ones that provide the rules and requirements on how companies should manage their finances and the products they sell. Although we have 50 states in the union, these insurance regulations, for the most part, are harmoniously similar.

When a life company experiences financial difficulty, state regulators take a very active role in its rehabilitation or in selling off the company to financially stronger competitors to make sure all insurer promises are fulfilled. In addition, “State Guarantee Associations, support payment of policyholder benefits of financially impaired insurers. In recent insolvencies, 100 percent of death benefits and 90 percent of policyholder benefits have been covered in full. Even in the case of the famous financial impairment a of AIG, it is important to recognize that its financial difficulty was neither precipitated by nor related to its mainstream insurance operations.

At the time I wrote this article, we were hearing and feeling the strain of banks closing their doors in Cyprus and even Greece within the last few years. Completely, closed and it was the headline for weeks! This same thing happened in the United States in 1930 when we had “banking holidays.” In 2008, we saw 1,200 commercial banks slip into financial trouble and people tried to get their money out. What depositors found is it was not possible to get their money as the bank did not have the funds on hand. The FDIC went $9 billion in debt and the U.S. Treasury had to loan them money to make depositors whole.

So, people did get their deposits, but there’s a bigger problem.

The stickers on every empty wall and information on our bank statements says that the FDIC is there to insure you and make you whole should there be a run on the banks, but the FDIC only has 18% of the reserves they need to make everyone whole.

In 2008, during this same period of financial crisis, only one life insurance company became insolvent according to the National Organization of Life & Health Insurance Guaranty Associations. Unlike the 1,200 commercial banks and their depositors who have a “back-up” of less than 20% of total deposits, each state has a guarantee fund set up for insureds should a company licensed in their state become insolvent. The typical guarantee is $300,000 death benefit and $100,000 cash value protection. If you’re interested in learning more about the guarantee limits, contact your state’s insurance department.

Do you see the huge difference in crisis rates? You can also bank on the fact that life insurance is two centuries old and according to the books, mutual companies are being managed very well. But again, they have to be because unlike commercial banks, no one is there backing them up like the FDIC and the U.S. Treasury has no inherent need to print money to bail insurance companies out.

Here’s another question to ask yourself:

Which is more stable? 140 Years and no bankruptcies

or 83 years of experience and more than one “troubled” time?

What do you think?

Would you rather own a business with a private individual that has 140 years of individual history or a business that has 83 yrs of history and went broke and had to borrow money?

Not one company or farm is exempt from failure, but it is possible to mitigate the chances and I’ll take my chances with the guys that haven’t failed for 140 years.

Hope this has helped eliminate the worry and clear up some safety concerns for you. You can always bury a coffee can in your yard, but that too comes at a price of lost opportunity cost.

As always, please leave your comments or feel free to call me with questions. If you’ve read my books and are ready to take the worry out of your financial future, let’s schedule our first conversation. 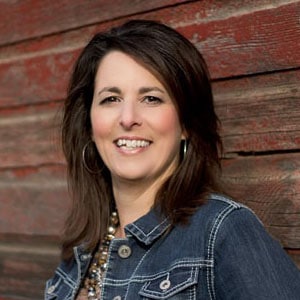 MORE FROM THE BLOG: